Since the beginning of 2020, fear has stirred in the heart’s of many American’s related to the Covid-19 virus. Many of us have questions such as, “What treatment options do I have if I become sick?” or “How do I keep my immune system strong enough to fight it off?”

Hosea 4:6 says, “My people are destroyed for a lack of knowledge…” Being empowered with the tools and the knowledge for our health is extremely important during this time. I fully believe that the Lord doesn’t want us to be left out in the dark when it comes to knowing how to properly take care of the body He’s given us.

Although many are concerned about getting sick with the Covid-19 virus, we don’t have to be succumbed by fear. If we believe that we possess the ability to fight off this virus with a perfectly designed immune system, we shouldn’t have to live in a constant state of hypervigilance. The reality is, we are constantly being exposed to a plethora of viruses, bacteria, parasites, and other pathogens on a daily basis.

We are all aware of the importance of healthy gut bacteria and the vast microbiome that we have living in and on the body. But lesser known, there is something called the human virome that has been discovered. The virome is a term used to describe the numerous viruses that reside in and on the body. We are not sterile human beings that need to be afraid of being exposed to viruses we encounter. The body houses a whole ecology full of microorganisms all working together in a symbiotic relationship.

Although the human virome doesn’t get as much attention as the microbiome, just like bacteria, we want a diverse range of viruses in our virome. When we have diversity in our virome, the healthier we are as a population. With that being said, being exposed to viruses and bacteria on a daily basis is a natural and beneficial part of humanity.

Whether or not we get sick from exposure to a certain virus or bacteria is solely dependent on the health of the host (you). When there is an imbalance in our internal ecology, issues can arise. This explains why certain individuals get sick while others don’t regardless of how healthy they seem from their outward appearance. Our inward terrain is the key to whether we attract disease or not.

The purpose of this article is to equip you with tools to use for the prevention as well as an addition to your protocol if you find yourself sick with Coronavirus. I believe we should take advantage of the incredible gifts we have in herbs on the earth and give our body the boost it may need to fight off a sickness.

It is interesting to note that a large amount of pharmaceuticals used today have their origin in plants or herbs. A good example for this can be found in the pain reliever, aspirin. The method of action comes from something called acetylsalicylic acid which was synthesized from salicin, a component of the herb white willow bark. Isolating the active constituent from the bark and changing its chemical composition removes nature’s “buffers” and other components of that herb that when in place, protects us from toxicity. Most of us are aware of the risk of damage to the stomach lining from using NSAIDs like aspirin after a period of time. When we start altering the original design of a plant, it takes on a whole new chemical composition that may pose new risks or challenges that weren’t there in the beginning. When we alter something that is naturally found in nature, it is never going to be better.

One promising treatment for Covid-19 that has surfaced as of late is hydroxychloroquine, an antimalarial drug. First approved for medical use in the United States in 1955, it was derived from the bark of the cinchona tree in South America. According to legends, quinine, the active component of cinchona bark was discovered when the Countess of Cinchona was given a mixture of herbs including cinchona bark. Having the typical symptoms of malaria such as a high fevers and chills, she recovered quickly and the tree was named “cinchona” in her honor. Since the discovery of quinine, antimalarial pharmaceuticals such as chloroquine and hydroxychloroquine were created to treat malaria.

In the 1960s and 1970s, there was a serious outbreak of malaria across Southeast Asia and Africa. The current antimalarial drug of choice, chloroquine, was proving to be ineffective against this mosquito-born illness. Many cases were becoming resistant to the treatment of chloroquine and the world needed to shift to find a different approach to treating this disease.

Chinese scientists were desperate to find a cure for the devastating affects of malaria and after researching ancient traditional Chinese medicine texts, they were drawn to Artemisia annua, commonly known as sweet wormwood. Through a cold extraction process they were able to capture wormwood’s active component, artemisinin, and then encapsulate the medicine.

Because malaria is a parasitic infection transmitted by infected mosquitos, wormwood’s active constituent, artemisinin, works by breaking down the parasite’s protective armor which is then susceptible to wormwood’s killing power. As we’ve mentioned earlier, many pharmaceuticals have their origin in herbs. Once they discovered how affective wormwood was for the treatment of malaria, artemisinin derivatives are still used to this day. 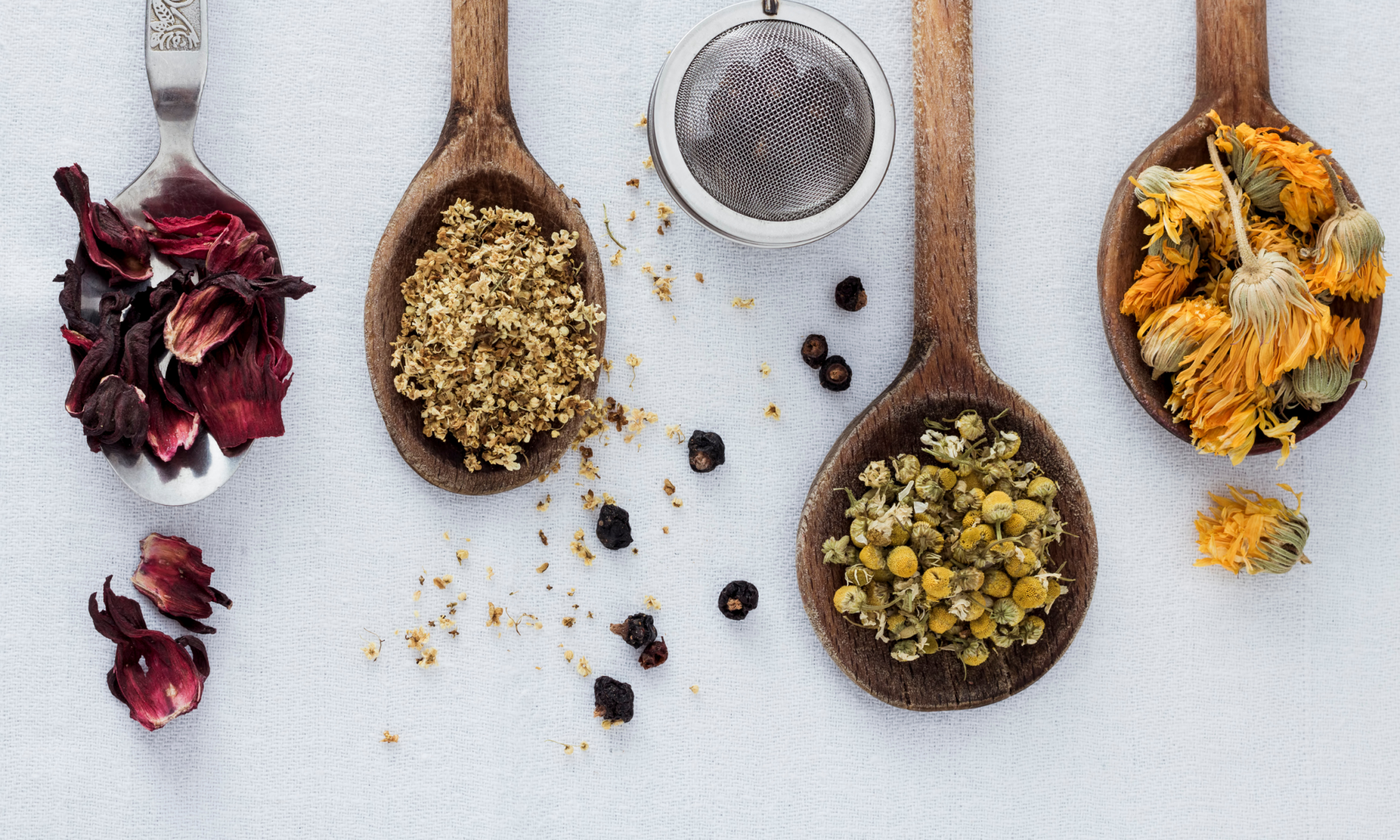 Artemisia annua or sweet wormwood has been used for centuries in Chinese and Ayurvedic medicine for its antiparasitic, antiviral, antimicrobial, and antifungal properties. Native to Asia, it has a fern like appearance with yellow flowering tops referred to as Qing Hao in traditional Chinese medicine. It’s classified as an herbal bitter which gives it its strong, pungent taste. Herbal bitters act on the pancreas, stomach, and liver to stimulate digestive enzymes and bile in order to digest our food. Because it stimulates bile production, it is commonly used in Chinese medicine to assist the body with liver or gallbladder cleansing.

Wormwood is described as a “cooling” herb used to remove excess heat from the body. If you’ve ever tasted wormwood you would immediately recognize its bitter taste that would naturally make your mouth pucker. The bitter taste signifies that it has something called astringent qualities. In the herbal world, astringent herbs have a tightening and drawing effect on tissues of the body. For example, astringent herbals are often used to heal scrapes and wounds on the skin or tighten loose junctures in the intestinal cell lining. According to traditional Chinese medicine, when there is inflammation in the body there is also excess heat and dampness which is why wormwood has an infinity for the digestive tract when there is inflammation involved.

Wormwood is found in many parasite cleansing herbal formulas and supplements including the well known Hulda Clarke protocol that has helped many people with parasite infections. A study was conducted in the Congo to compare the effectiveness of using wormwood versus praziquantel for schistosomiasis, a parasitic infection. One group took an herbal tea infused with wormwood for seven days and the other took praziquantel for the first three days and a sugar placebo tablet for the remainder of the seven day period. They found that the wormwood group not only improved 30% faster, but experienced no side effects compared to the praziquantel group.

Not only is this herb a powerful antiparasitic, it also has shown its reliability when it comes to its antiviral action.

Studies have shown the effectiveness of wormwood extracts on cell cultures infected by SARS-CoV-2 and other variants versus other common antimalarial drugs. Wormwood had a higher rate of viral inhibition compared to the others and showed no cell toxicity.

Not only has wormwood extracts found to inhibit SARS-CoV-2, but it also works on a broader range of viruses. It has specifically shown to be affective against members of the Herpesviridae family which includes herpes viruses and Epstein-Barr.

Interestingly, wormwood naturally contains minerals such as zinc and selenium which are extremely beneficial for our immunity. Zinc is known to increase our T-cells to fight off foreign invaders as well as inhibit the replication of viruses.

Inadequate zinc levels have shown to be associated with high pro-inflammatory makers and an increase in inflammatory lung diseases. We have seen the way Covid-19 has affected the lung tissue specifically making it even more important to supplement with zinc.

Combining the antiviral action of wormwood with its zinc content gives us a powerful herbal tool to use not only for prevention, but in the case of infection of the virus.

While people are scrambling to find a source for hydroxychloroquine, why not opt for a safe herbal option? Although hydroxychloroquine has shown to be beneficial when used as a Covid-19 treatment, that doesn’t mean that it doesn’t come without risks. Potential side effects may include gastrointestinal issues such as vomiting, nausea, upset stomach, diarrhea, or cramps. Other serious risks of hydroxychloroquine include blindness, heart failure, and renal toxicity have been reported when taken in high doses. We have to remember that hydroxychloroquine is also given to patients with connective tissue disorders such as rheumatoid arthritis and lupus which would be taken more long term and pose a greater risk. It’s important to acknowledge the potential risks when it comes to taking a pharmaceutical and determine if the risks outweigh the potential benefit.

Because we have seen the benefit of using hydroxychloroquine with Covid cases, it only makes sense to consider the effectiveness of wormwood with its powerful antiviral and antiparasitic properties. Using herbs such as wormwood to build our immunity and keep our body ready to fight off foreign invaders connects us back to truly taking care of the body we were given. Learning about herbs and plants that were placed on the earth for our benefit will empower us to take our health into our own hands and become proactive for the prevention of Coronavirus. 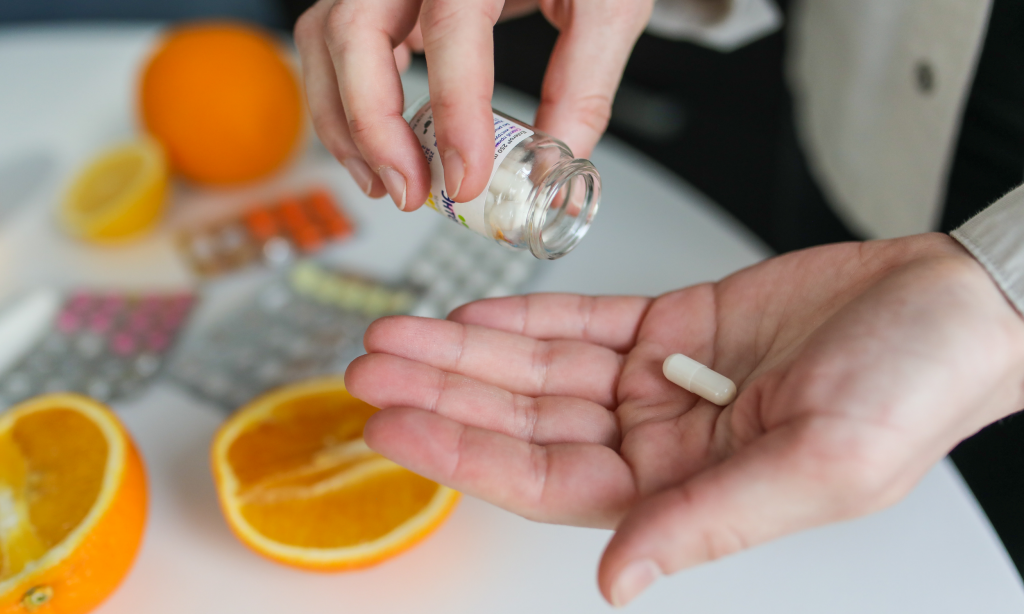 How Do I Use Sweet Wormwood?

Wormwood comes in many different forms such as capsules, liquid extracts, and the dried loose herb. Because of its bitter taste, most people prefer to take it in capsule or tincture form where you use drops compared to drinking a cup of tea. When looking for a quality wormwood supplement, make sure to choose a capsule without any fillers and if possible, grown organically.

It can be used on a daily basis as a preventative by adding a few drops of the liquid extract to a small amount of water to drink before meals. Using it in this way can help stimulate the production of digestive enzymes which can help with gas, bloating, and indigestion while you also benefit from its antiviral properties.

During an active infection the dosage would increase to meet the demand whether that is a liquid extract or capsule. Because everyone is so different it’s best to always talk with your practitioner to see what would work best for you.

All information contained within this article is meant for educational use only and is not meant to treat or diagnose any disease.

Disclaimer: This information is for educational purposes only and is not intended to diagnose, treat, or cure any illness.
© 2021 Sustain Wellness. All Rights Reserved.